Manchester United have reportedly made a €55 million offer for Sergej Milinkovic-Savic through Mateja Kezman, which Lazio may deem insufficient. According to Get Football News Italy, Lazio have received an offer from Manchester United for Sergej Milinkovic-Savic through his agent Mateja Kezman. The proposal, worth €55 million, tabled by the Red Devils may still be considered insufficient as the Biancocelesti are seeking way more to let the Serb leave. 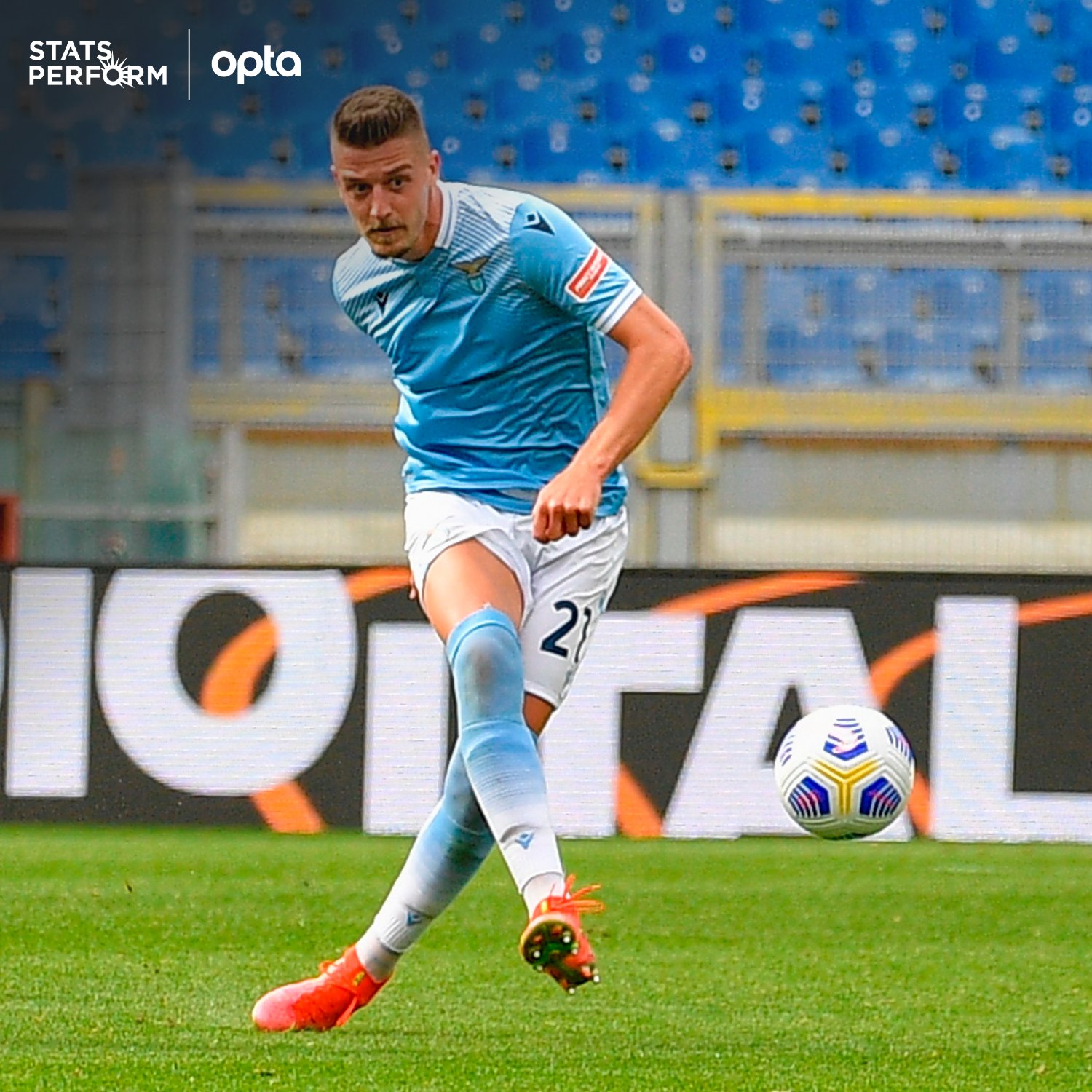 Manchester United being linked with a move for Sergej Milinkovic-Savic is nothing new, as the media has been making the connections for several years. Surprisingly, a move has never materialised, with the Serb continuing to ply his trade at Lazio, cementing his place as one of Serie A’s finest midfielders.


This summer, things may be different, as the midfielder could look for a new challenge away from Lazio and possibly out of Italy. A move to the Premier League is a possibility, and more so, to Manchester United, if the Red Devils are keen on rekindling their long-standing interest.

Several months ago, Manchester United were linked with the Serbian midfielder again, as Milinkovic-Savic’s agent Mateja Kezman got to work on finding a suitor. The former Chelsea striker has reportedly come back with an offer worth €55 million from the Red Devils.

Since the end of March, it was clear that Lazio were open to selling Milinkovic-Savic if they recieved an offer near the €80 million mark. So, the offer from Manchester United could be deemed insufficient and pegged back. They also have faith that the player won’t force a move due to the fantastic relations between the two parties.

However, recent reports have insisted Lazio could look to accept an offer between €65-70 million. The chatter of a move for the Serb comes a few days after claims that new Manchester United manager Erik ten Hag is uninterested in Milinkovic-Savic, which puts the transfer in a spot.