There are media reports that Italian club Lazio might make a bid for Chelsea defender Baba Rahman. 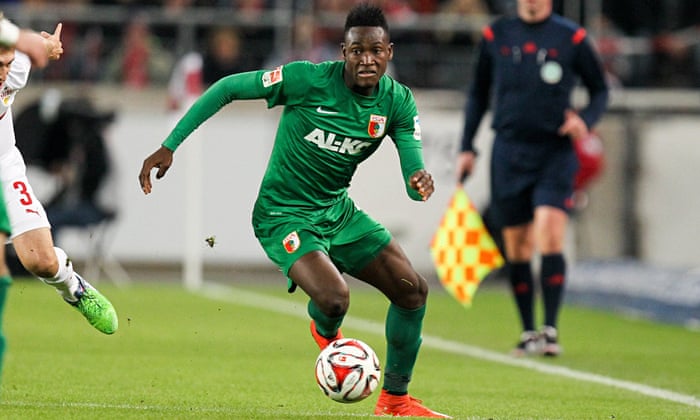 The latter joined the London club last season but has failed to make an impact on the team. Lazio, who are looking to strengthen their defence ahead of the new season, are prepared to offer up to £13million in order to sign the players.

Chelsea signed Baba Rahman from German club Augsburg last summer, but the player has failed to establish himself in the team. He has managed only 23 appearances for the Blues so far, and most of those have been as a substitute. Although the £13million will come short of the £21million Chelsea paid for him last summer, they will be delighted to recoup at least part of the money on a player that has failed to adapt to the Premier League.

Indeed, Baba Rahman had found it hard to dislodge Cesar Azpilicueta from the first-team and even when the latter was absent, the Chelsea manager has chosen Kenedy ahead of him. The player will also feel that he is damaging his career by remaining in England, and he will be better off trying his luck somewhere else.

The arrival of Antonio Conte at Chelsea might also mean that new players will be coming in, and this may cause Baba Rahman to fall further down the pecking order. He will feel that moving at a club like Lazio will ensure that he get regular playing time and also ensure that he continues his development. Indeed the player is still 21-years old and can still develop in one of the best left-back in the world.

Lazio are interested in building a team that will allow them not only to compete in Italy but also in Europe.